SuHRF Lectures: Exploring and remembering the ‘typically’ Swedish – the political roles of landscapes

Lägg till i din kalender

Maja Lagerqvist is a senior lecturer at the Department of Social and Economic Geography, Uppsala University. She has since her 2011 dissertation, on how crofts have been transformed since the mid 19th century, in various ways examined people’s relationship to their environments. Lately, this has primarily centred on debates concerning ‘invasive’ species.

Johan Pries is a historian, and associate senior lecturer at the Department of Human Geography, Lund University. He has a longstanding interest in planning history, and is today active also in several research projects on the role of the People’s Parks for the labour movement in late 19th and early 20th century Sweden.

Emma Hilborn is a researcher at the Department of History, Lund University. Focusing on the late 19th and early 20th century, she has explored both female biking culture and perceptions of city, nature, and countryside within the labour movement. 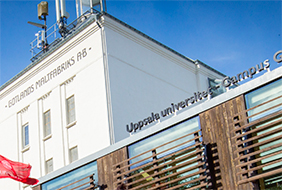