Research and education at Korea National University of Cultural Heritage

Four colleagues from Korean National University of Cultural Heritage (NUCH) will visit
Campus Gotland in November. The purpose of the visit is to discuss possibilities for
collaboration in education and research. NUCH will give a public presentation of their
research and education for interested parties. Welcome!

For more information about NUCH: https://www.nuch.ac.kr/english/

A presentation on research and discussions about on-land service of cruise ships, the onshore tourism linked to the visits and passenger behavior while on-shore. 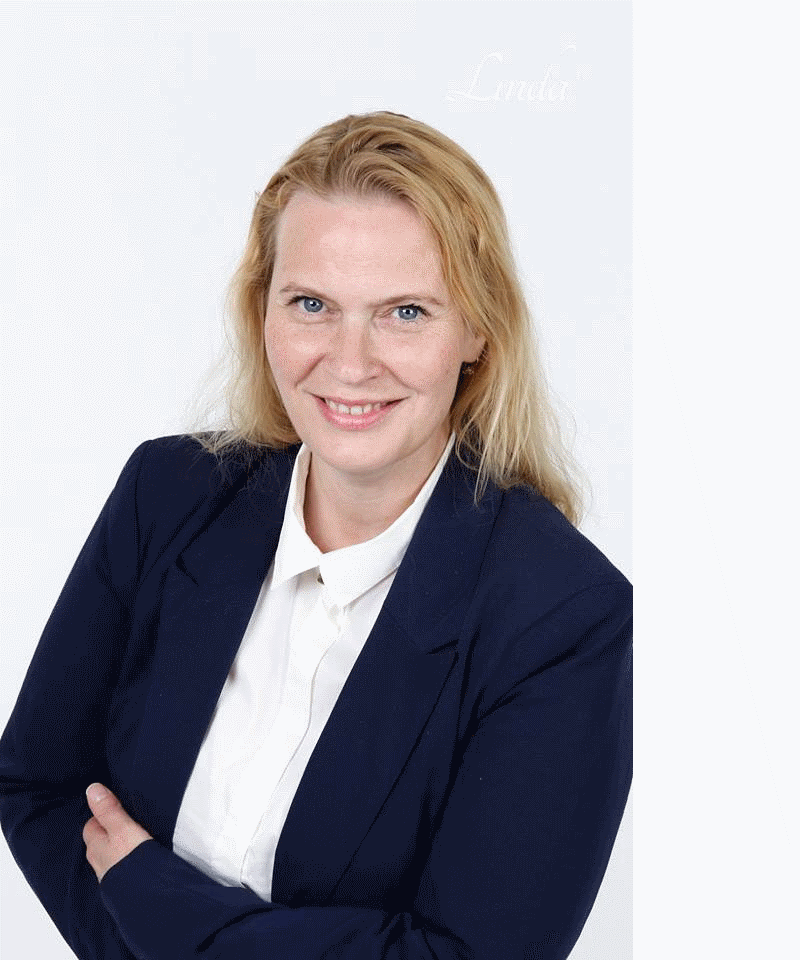 Thorny Bardadottir has a MA in Research Intensive Social Science and works as a researcher at Icelandic Tourism Research Centre. Thornys research interests are in the area of rural tourism both Nordic and arctic context. Prior research projects have had various tourism related angles. Those include content analysis on how tourism an tourists are portrayed in the Icelandic media; pilot study on the role of the Icelandic Ring-Road in creation of destinations and the making of a market segmentation tool for the Icelandic tourism industry.

To preserve our significant built heritage, we need to understand how to increase its capacity of adaptation to structural changes, such as those related to natural and human-made disruptions. The presentation will build on the concept of resilience, starting from an attempt to define its theoretical and practical framework within the field of sustainable heritage management. 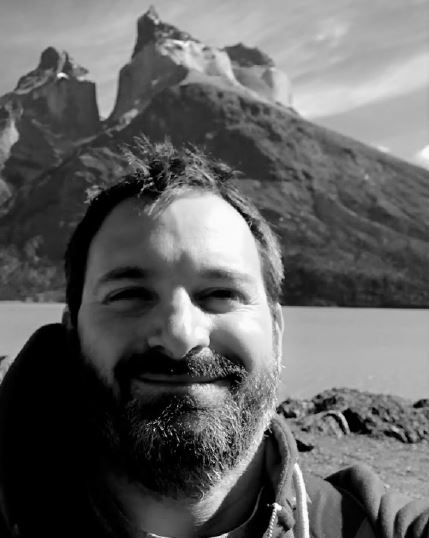 Andrea Luciani has an Msc in Architecture and PhD in Preservation of Architectural Heritage at Politecnicodi Milano. Today he works at Luleå University of Technology, Sweden. His research focuses on the sustainable management and preservation of built heritage and historic environments. From the analysis of the indoor climate in historic buildings and museums, to the assessment of the impacts of different energy retrofitting strategies on built heritage values to the conservation of modern architecture. Since he moved to Luleå in 2017, he has been looking into how resource extraction activities impact the local mining towns and how structural changes are affecting the preservation of built heritage.

EDJZ located in Inner Mongolia, China,was excavated as a rescue project in 2009. In the archaeological site of 5200 sq. m, 149 houses were revealed, all circular in plan. They are the best round earthen architecture known so far in late Neolithic East Asia. About 30 building are preserved and the site is protected as a museum.

This seminar presents a range of forms and technologies of the earthen buildings at EDJZ, and discusses its important contribution to the understanding of earthen architecture in Eurasia. 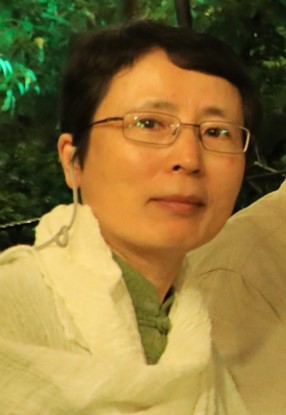 This presentation could have easily been titled as, ‘Of Spaces Otherwise’, the aim of it being to show how cultural heritage in its variegated forms; as intangible and tangible, can be used to reconstitute memory and historical identities. The case of the Ndebele of Matebeleland, and the Ngoni people of Zambia will be used as examples of ‘difficult heritage’. This presentation attempts show how heritage is often appropriated in most postcolonial states to conjure national identities as part of the engraved ‘sacred landscapes of remembrance.’ It will also be argued that while national memory for the postcolonial states is constructed and in flux, the ethnic memory of the majority is often weaved into the narratives of belonging and being of the broader state as ‘rhetorical topoi.’ Further, it will be observed that even the postcolonial names of the states which is always along ethnic lines (mainly of the majority ethnic groups) are often presented as part of the ‘national heritage.’ For the excluded and marginalised ethnic groups cultural heritage then become sites of contestation where identities and common historical ties are renewed. Often this is done through memory & commemorating the past, which is an essential part of the present. Such a process is not only tied inextricably to a particular group’s sense of identity, but rather it is seen as an inherent part of the heritage process. In this case heritage as a process is seen as humanising project aimed and reviving cultural identities. Through this process people are rehabilitated into remembering the past ‘in the light of their (present) needs & aspirations’ (Walker, 1996, 51). As will be discussed in the presentation, among the Ndebele the idea of the restoration of the Mthwakazi monarchy, as part of memory and cultural heritage has led to the emergence of cultures festivals & other such traditions with the aim of ‘re-membering’ the subalternised. These efforts as part of ‘difficult heritage’ are often entangled and buoyed by narratives of violence and abuse of the ethnic minorities as ‘postmemory.’ The latter have led to the discourse of decolonising colonial state borders. The Ngoni of Zambia, and possibly, those of Malawi, have also been able to revive the age old cultural festivals, such as the ‘Incwala Ceremony.’ These cultural activities as forms of heritage in states whose nationalist ideologies have often criminalised ethnic belonging are perceived by those in power as likely to upset the postcolonial African National Project. 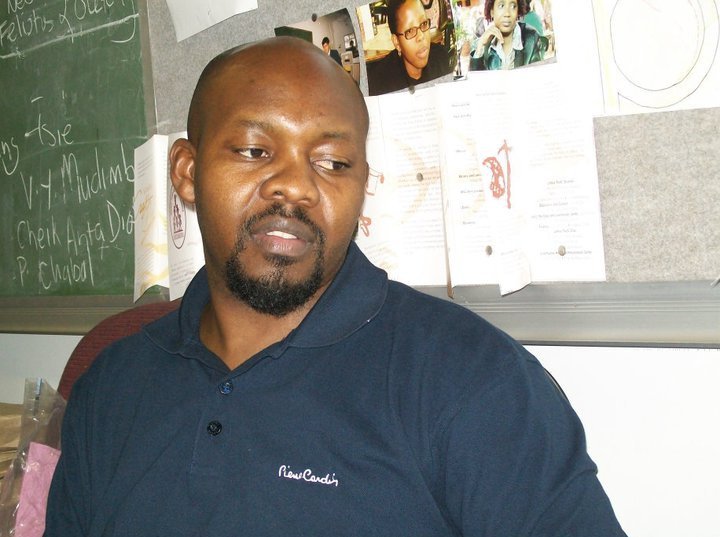 Brilliant Mhlanga holds a PhD from the University of Westminster and is currently a Senior Lecturer in Media Cultures, in the School of Humanities, University of Hertfordshire, UK. Dr Mhlanga holds several Fellowships – notable about them is Archbishop Desmond Tutu Fellowship awarded by the African Leadership Institute (ALI) in collaboration with Saidi Business School, Oxford University and the W.K. Kellogg Foundation Fellowship for Southern Africa. Dr Mhlanga has lectured in a number of international Universities in Africa and in Europe in various capacities. He has researched and published extensively on Cultural Identities Politics, Heritage and Ethnic Minority issues, and the Postcolonial African National Project. His recent publications are: The Return of the Local: Community Radio as Dialogic & Participatory (2015); Africa’s transformational postcolonial leadership and colonial antinomies (2015), & Bondage of Boundaries & the ‘Toxic Other’ in Postcolonial Africa:  The Northern Problem & Identity Politics Today. He is currently working on two projects provisionally titled: Cultural Heritage, Pluralism & Strategies for ethnic accommodation in Africa: Narratives on the politicisation of Identities in Southern Africa, and On the Banality of Evil: Cultural Particularities & Genocide in Africa. His research interests include: Heritage issues, Ethnic Minority Media, Ethnicity, Nationalism and Postcolonial Studies, Media Policy & Political Economy of the media, Media and Development Communication and Community Radio.